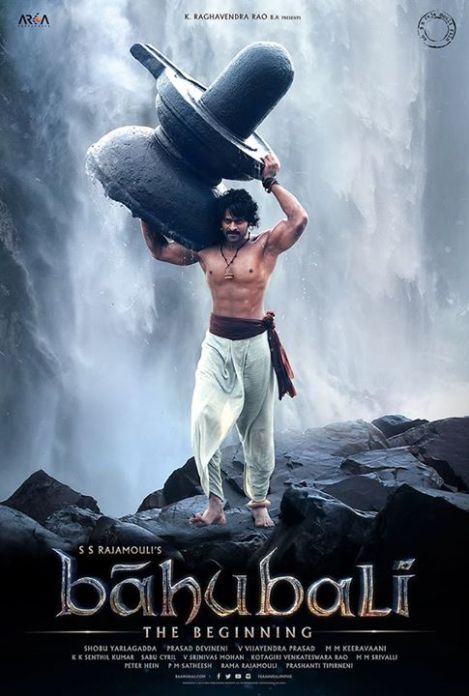 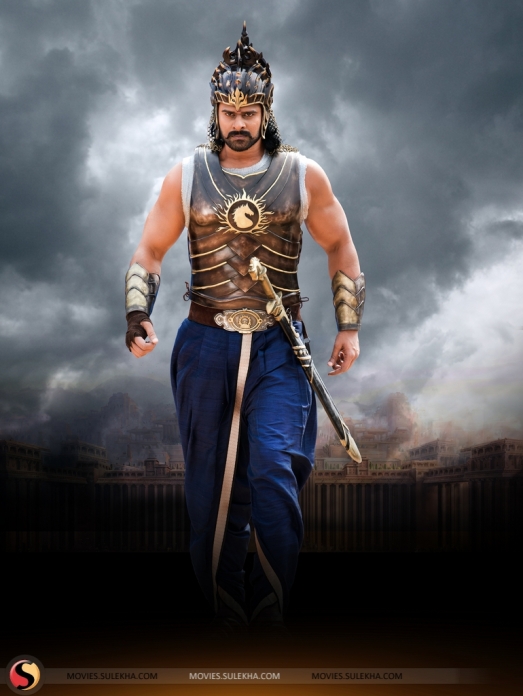 Baahubali, Sivagami, Devasena, Bhallaladeva & Mahishmati are popular names in India today with people from every nook & corner idolizing them. Janta is celebrating this month of May; even my mother who has no clue about Iron Man & Avengers & other Modern superheroes is familiar with this “Cult”. We have popular Cinema Critics promoting the “Mahishmati” Palace to be accepted by Lego for its latest building blocks “Model” series. My friend’s children are playing Telugu beats aloud in their homes. And finally, Ramya Krisnan gets the much awaited status after she was haphazardly launched in “Khalnayak”. “Kattapa ne Baahubali ko kyon mara” is no longer a secret. There is a Blockbuster after-all which can match the opulence of Hollywood’s top 20 ever made. 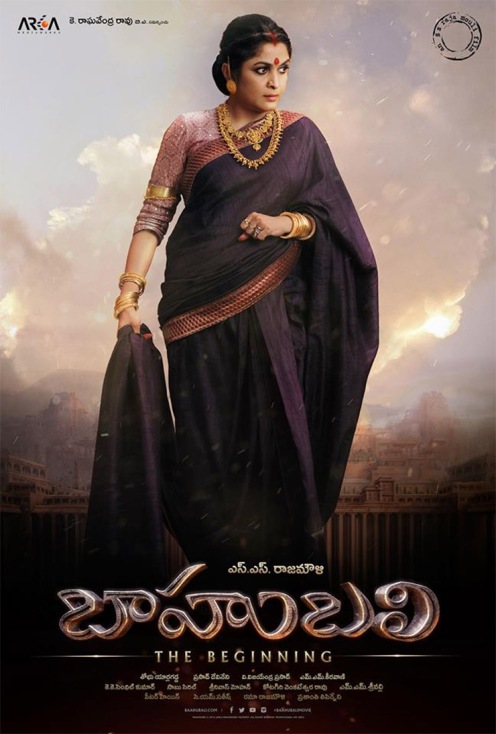 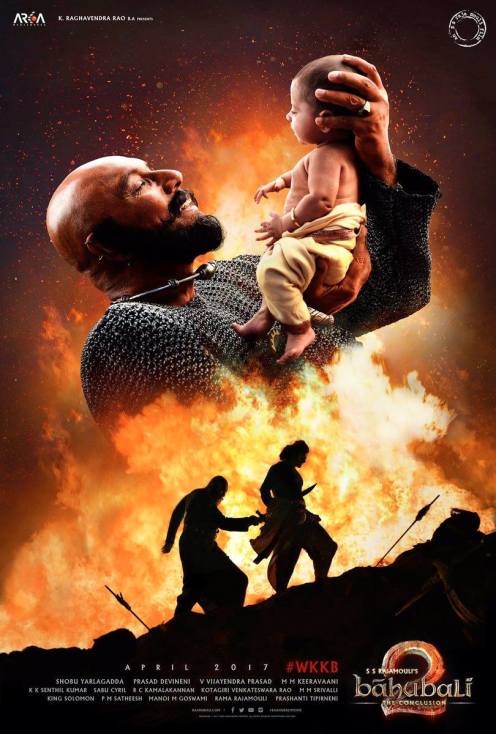 After HAHK (1995) we have a Mammoth “Masterpiece” which has hit the Indians like a tsunami. The scale of the movie is undoubtedly magnanimous, besides having a single screenplay distributed in 2 parts. Viewers have had a rare “maiden” experience while awaiting the story to conclude & this “6” hour fable couldn’t have been better. The ambitions of S.S. Rajamouli have conferred upon us our very own “Ben-Hur”, “The Ten Commandments” & “Game of Thrones” to boast of. Most of us are rushing to the halls for a second time. Cinephiles have seen visual extravaganzas before (e.g Exodus & Marvel series etc) but is VFX & Visual Effects the sole reason for this mass hysteria? Not for me. 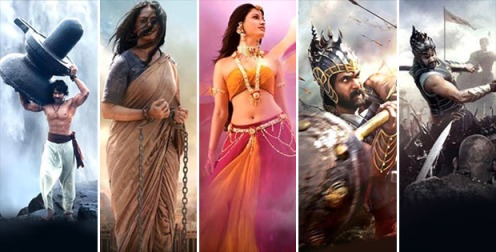 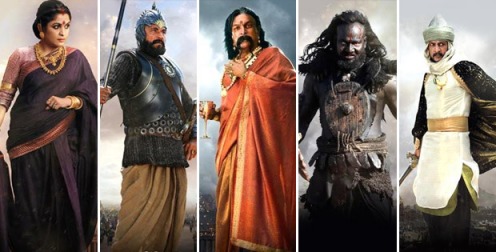 We Indians love Drama. We cheer for intense performances & sway upon emotional narrations….And we do believe in “Super Heroes”. Yes, we do , for who hasn’t grown up on our mythology and “Bhima”, “Arjun”, “Hanuman”, “Raavan” and others? For us the Spiderman’s meek personality with his unbelievable “Spider Webs” which can stop a raging Bullet Train seem less authentic than Baahubali’s strong arms, which can lift a giant Statue or his gigantic strength against an army; we believe in his superior skills with a sword, bow & arrow. Avengers may be the saviors but Baahubali is our God. Because this “Rama” eventually kills the “Ravana” after his prolonged exile. 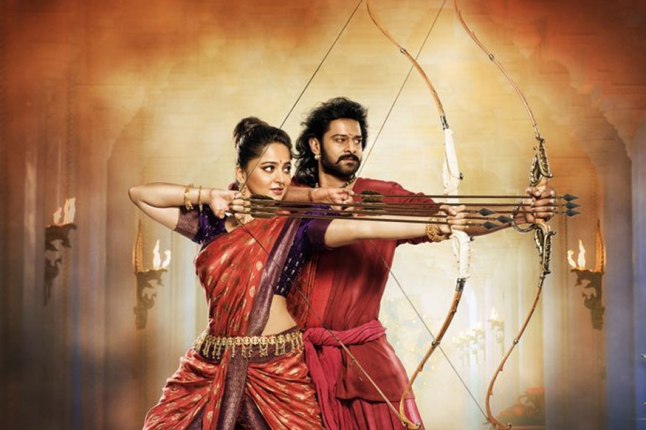 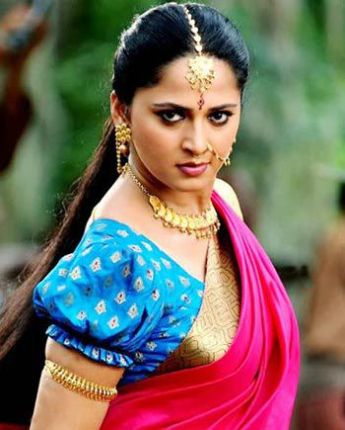 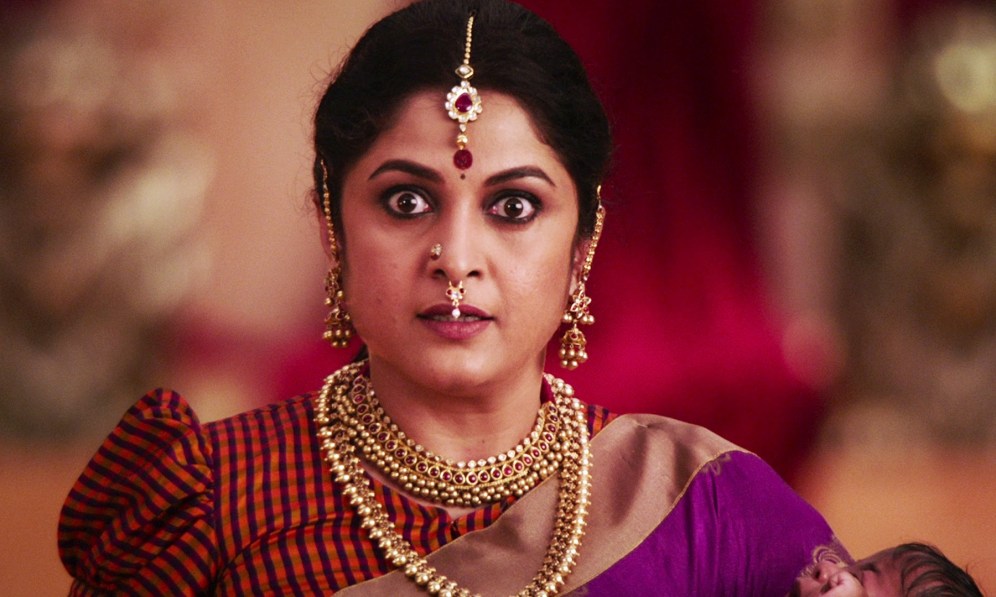 Romance is another factor close to the Indian audience’s hearts & we still appreciate the subtle moments displayed with controlled emotions in this era of “Fifty Shades”. The body language & the exceptional chemistry between “Baahubali” & “Devasena” has offered some remarkable scenes. Like the instant he sees her eyes through the white dupatta slit by her sword; the moment he reaches the palace to save her from the attack & teaches her the form to shoot 3 arrows in 1 shot; her lovely rendering of the “Gopala” song & the ship sequence where he simply offers his shoulders for her to climb upon the boat. These scenes had more of facial expressions conveying their camaraderie through their eyes. Their rich pairing was enough to soothe the audience amidst the High Voltage Drama. And the director did not let any female actor’s role seem insignificant. Ramya acted with her eyes as well, keeping them focused; she just did not blink while delivering those intense scenes. Though she did give “Amarendra” a fearless smile while he tames the elephant which was enough to show a mother’s love & her faith in his prodigal son. She portrayed the pride, ego & undeterred spirit of a fair Queen with perfection.

Tamanna was swift in her action sequences while playing a crucial role in the first part. She never once seemed out of place in the climax where she escorts Devasena towards the finale. The female stars have dazzled with their individual potential on-screen.

The fierceness of “Devasena” in the 1st part & the climax shows an old, battered yet unbroken woman with an ultimate purpose. While in flashbacks we see a brave soldier, a pretty “Princess” & an attractive woman and the sheer credit goes to “Anushka Shetty” for not distracting the audience away from her goal. 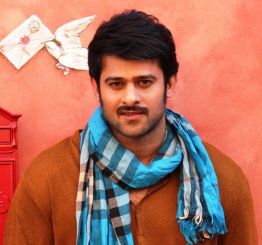 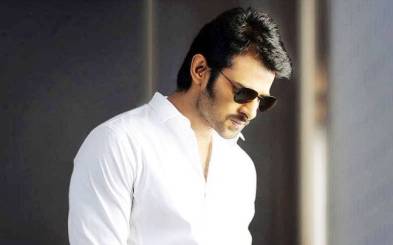 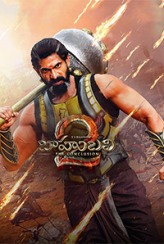 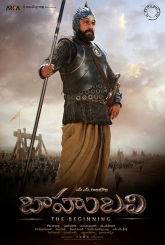 The simplicity of “Prabhas” as an artist on screen & his natural personality has settled him in the hearts of billions today. This is Star Power. Without any typical South-Indian gimmicks, gestures & heavy dialogues, this Actor is simply adorable. Ask any one today……..the favorite star!!! Prabhas is a true Super Star on his own merit. He is the Super Hero of “The Indian Film Industry”. Rana Daggubati, Nassar & Sathyaraj shine in their respective roles as well. These 3 actors have kept their roles in their brackets & have provided a strong supportive cast without whom the plot would have become stale. After all it’s the Indian Favorite story of Revenge for Honor. For a hero there has to be a villain, and both of them need a backing in characters. Sathrayaj was cute in the comic scenes while Nassar was as despicable & cunning as “Bijjaladeva” could be. 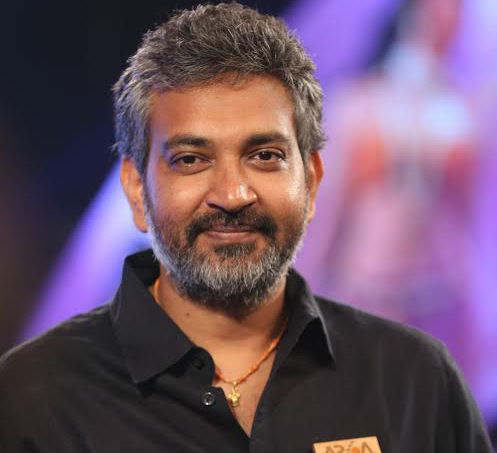 S.S Rajamouli is the “Showman” of today. He has collected the numbers & has provided hope to the Industry. We are capable of producing “Avatars” & “Titanics” and as a movie lover I foresee more of Multi-starrers & Epics being made. Indian audience has come alive.

Regional cinema belongs to the nation as well and it shouldn’t be restricted to Sony T.V channel any-longer. Let’s wait for “Mahabharta” next. 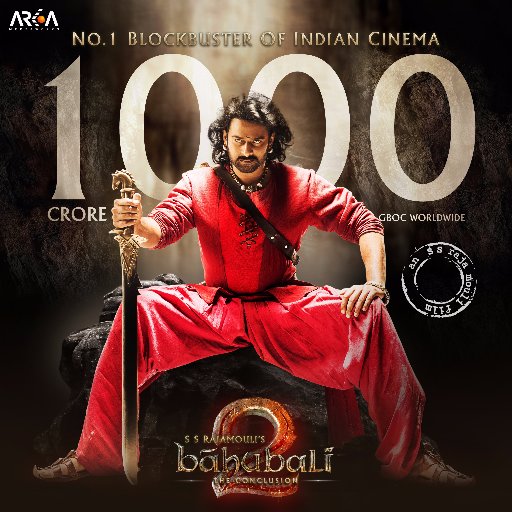