Madonna Louise Ciccone, the singing “Diva”, is referred to as “The Queen of Pop” & is recognized by Guinness Records as “The Best-selling female recording artist of all time”. She has undoubtedly been the most successful Solo-Artist in the history of American Singles Charts. A true Fashion & Teen Icon, she broke the boundaries with her steamy lyrics & videos. The “Rebel Heart” star started her career as a dancer and went on to become the most popular singer of the 80s & 90s. She has acted in Evita [winning a Golden Globe], Dick Tracy, A league of their own, Die Another Day etc. & pursues a hobby of writing children’s books.

Her debut single was “Everybody” [1982] and “Holiday” [1983] her first global hit song from her debut album “Madonna”. Her next album “Like a Virgin” [1984] was a blockbuster, though it annoyed the Moralists at that time. Her performance on stage for the song is remembered as an iconic moment in VMA history by MTV, where she appeared atop a wedding cake wearing a wedding dress. She dedicated her next album “True Blue” [1986] to her then husband Sean Penn. With hits like “Papa don’t Preach”, “La Isla Bonita” & “Open your Heart” it went on to become her most successful album till date. She was named “Artist of the decade” by MTV & Billboard at the end of 1980s. Her “The Immaculate Collection” became the best-selling compilation album by a solo artist in history.

Controversies became synonymous with her name. Her scandalous video for “Like a Prayer” made Pepsi cancel her contract. In 1990, the video for “Justify my Love” was banned by MTV for being sexually explicit. Her relationships with Warren Beatty & Vanilla Ice were short-lived after her divorce with Sean Penn. She released her book “Sex” in 1992 which received a massive negative publicity & reactions from critics for containing sexually provocative content [yet sold 1.5 million copies]. In 1993 she appeared, surrounded by topless dancers, dressed up as a whip-cracking “Dominatrix” displaying her sexual aggressiveness through her stage stunts on a World tour. The critics declared her career “Over” after questioning her as a sexual rebel. Madonna had to re-shape her Musical journey to regain & retain her popularity with “I’ll Remember” [1994]. She stunned the critics soon with her impeccable & poised performance in & as “Eva Peron” in “Evita”. With “Ray of Light” [1998] she received her 4 Grammy Awards, long due to her, for her tremendous achievements in the field of Music. In 2003 again, she sparked a fuss over her suggestive kiss given to Britney Spears while singing “Hollywood” with her.

Madonna became a global cultural icon even before the arrival of the “internet-era”. It is said that when “Beatles” fever hit America, they had changed the archetype of performers from “Solo-act” to “Band”- Madonna reversed it back. She redefined & raised the standards for a female singer. Her “Fashionista” image inspired many fashion trends in the 1980s. Her unique style, jewellery & hairstyle influenced women & girls for years to come. “Time” magazine has listed her among “25 Most Powerful Women of Past century”. Madonna started a revolution among women in music, clearly, with her bold/sexual opinions and personal attitude.

Personally, I have grown up listening to her songs; today they are a part of my small world where I sing them aloud and proudly share with the next generation. My favorite   10 numbers sung by Madonna & their Videos, which have left a deep impression on my soul, are: 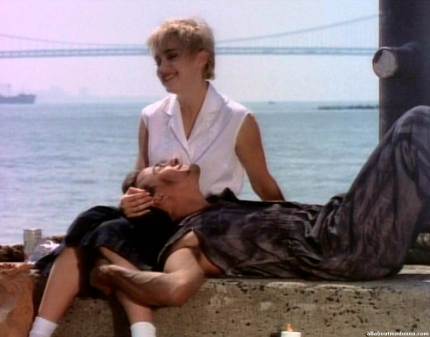 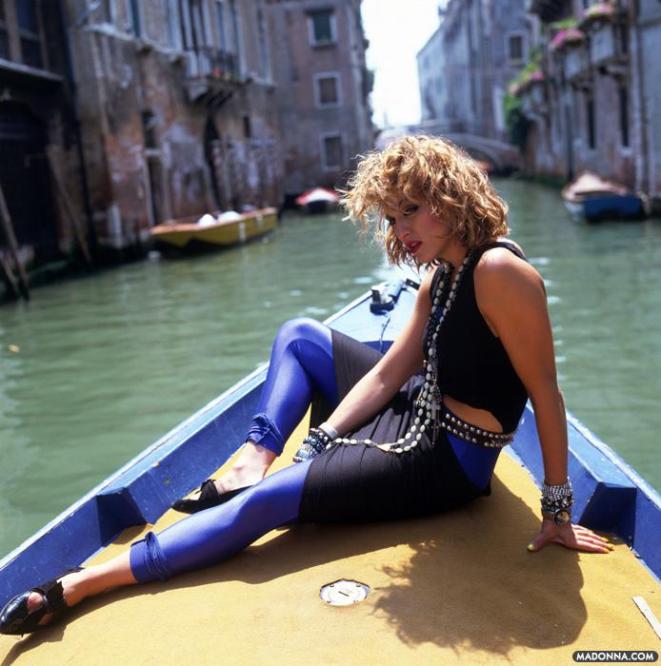 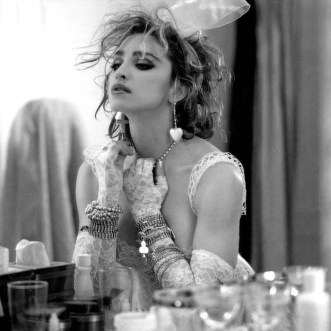 A dance oriented song; it was Madonna’s 1st no. 1 single on the Billboard Hot 100. She portrayed a sexually independent woman in the song – sailing in a gondola in Venice, roaming in a Wedding-Dress around a palace looking provocative. While stepping into the city she moved like a stripper. Madonna restored the eroticism of Venice with this song; displaying wild animal passion when she turns her lover [who is wearing a lion’s mask] into a beast. The song was a statement & is her most famous song. It outraged many as they called it an aggressive “vulgar” offering to the middle class ideas of feminism. With the release of this song a new term “Madonna wannabe” was introduced for the girls who went crazy emulating her style.

This dark, mysterious & spiritual song was meant for her adult audience. Its liturgical lyrics shaped it into a song of a passionate young girl so in love with God. Madonna was complemented for glorifying ideologies of female subjectivity & womanhood in this song. In the video, she witnesses the murder of a white girl by white supremacists while a black man is arrested. She seeks courage to go forth as a witness from church. Vatican & various religious groups staged protests against this song and Pepsi was boycotted [they cancelled her contract]. Incidentally Pepsi sponsored the MTV Video Music Awards in 1989 and while receiving the viewer’s choice award, Madonna thanked Pepsi for causing the controversy. 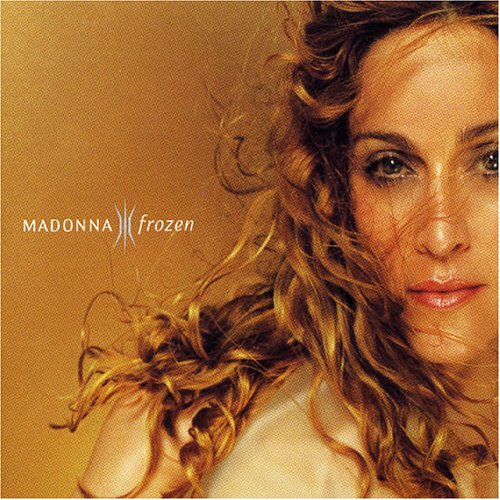 Frozen gained instant appreciation for its cinematic melody. Madonna started practising Hinduism & Yoga after the birth of her daughter Lourdes. It inspired her to compose the album and helped her give a mature, romantic & tribal feel to this hugely popular song. Its breath-taking beats & simple lyrics were captured aesthetically in the equally mesmerizing video. She chose “The Cuddeback Lake” within the Mojave Desert in California instead of Iceland for the shooting. Her hands, covered in mehendi, and her black goth gown outfit presented a dreamy/mystic melancholic woman. The song carries a haunting feel & remains eternally hummable. 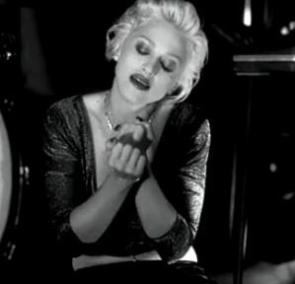 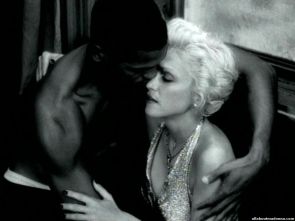 A delicately seductive & soulful song which was shot in Black & White, Secret was termed as the most naked performance by Madonna. It featured her as a singer in a night-club whose lover has his young son as his secret. With short cropped dark hair, her appearance on the cover art of the single was compared with Jean Harlow. In the mid-90s [which was unusual in that era] she spoke about the song on the internet with a 30 second sample of the song. She left a message “Hello you cyber-heads, welcome to the 90s version of intimacy. You can hear me, you can even see me, but you can’t touch me- Do you recognise my voice? It’s Madonna. often imitated but never duplicated, or should I say often irritated?” 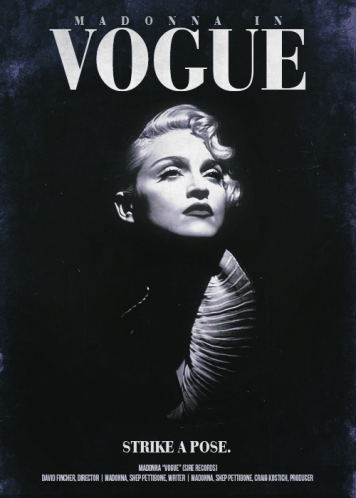 This song was a trendsetter with its funky disco beats & stylish picturisation, inspired from early 1900s. She was deeply influenced by the Vogue dancers from Harlem “House Ball” community and delivered an Iconic Number which was the best-selling video of the 1990s. Before this song, “Vogue” was performed only in bars & discos.  It remains one of the “World’s best-selling Videos” till date. The song has a spoken section where Madonna name-checks various Hollywood celebrities from the Golden era. Beautiful choreography helped this song in starting a trend where dance music enjoyed widespread popularity all across the globe. Critics hugely appreciated Vogue for its Melody & stylish theme. It rocked the music charts all over Europe & Britain instantaneously as “Strike a Pose” became the latest lyrical statement emerging as a new dance craze. Madonna can be seen in the end of this video wearing her iconic “Cone Bra”. MTV has placed it at second on their list of “100 Greatest Videos” ever made. 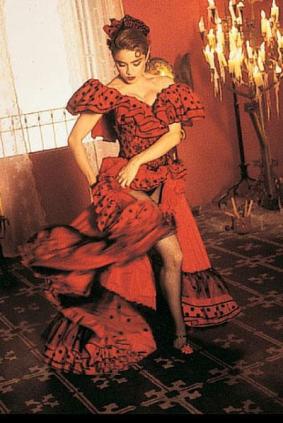 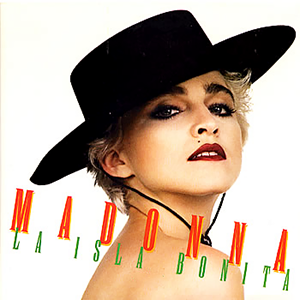 The instrumental version was first offered to Michael Jackson but later Madonna composed its lyrics. She converted it into a “Latino” melody with urban drum beats & Spanish guitar. She talks of a beautiful island & pays tribute to Latin people in this song. Madonna portrayed two opposite characters in the video – a pious girl & a passionate Latina. Termed as a “Spanish Lullaby” by the critics, this “Retro” song captured her inner emotional self for a change. In the video, she is boyishly dressed up as a pale-looking catholic & a Sizzling/colourful Flamenco dancer, in a double role. While the former prays in a room ignoring the invitation of the Latinos on the street to join them, the latter [passionately dressed up in a voluminous red dress] leaves her room to join them. Benicio Del Toro featured in this song.

Madonna used this song for Sean Penn’s movie “At Close Range”. A pop ballad – its lyrics speak of deceit, mistrust & childhood scars and the need to be strong. The video featured her in a complete Image make-over with a lean look, conservative wardrobe & subtle make-up [inspired by Marilyn Monroe]. She was seen as an innocent, unadorned narrator who is speaking for the character. This song is termed as the “Best Ballad” of her career. It is composed from a man’s perspective representing a different facet of her personality. Her mood/desire to focus on something different was reflected and the critics praised the lyrics by terming it as a song which re-wrote the rules of what a Pop song was supposed to sound like. 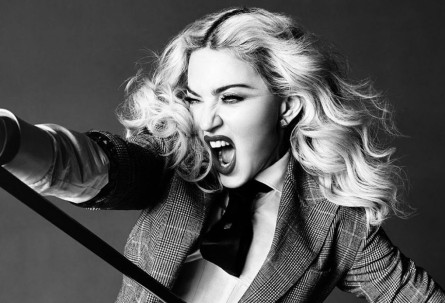 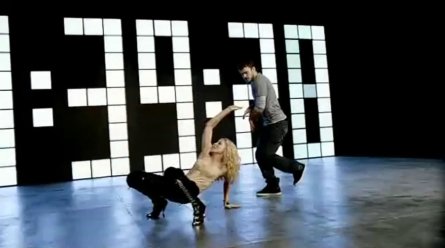 Featuring Justin Timberlake & Timbaland this song is about saving the environment. An Urban hip-hop song [with dance/pop beats] it carries a social awareness message. She was inspired to compose this song after her visit to Africa. The song was appreciated for its music and went on to be her 37th “Top Ten Single” breaking the record previously held by Elvis Presley. In the video, Madonna & Justin sing while running away from a giant black screen which consumes them in the end. She termed the song as “Having a sense of urgency” in saving the Planet. Propelled by a detonative marching band-beat, this song was also called a “Flirty duet”. 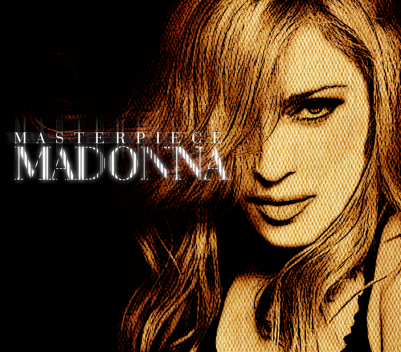 Masterpiece is a song from the movie “W.E” directed by Madonna. It’s a Pop-ballad, reminiscent of her works from the 90s. The lyrical content & the soothing vocals were received with applause by the critics and also gained her a “Golden Globe” award. With its extremely poetic orchestration, Masterpiece became a classic addition to her incredible song list. Though it sparked rivalry b/w her & Elton John [who was nominated the same year for “Hello”], she went on to sing an acoustic guitar version of the song, on stage, with the clips from the movie playing at the back-drop.

Madonna has bestowed music-lovers all across the globe with her immaculate collection of songs which are not confined to a particular period. Each one of her number has a distinctive soupèon which allows me to invariably break out in a personal song-dance “schtick”. Thank You for your Music “Material Girl”!

From a true fan! 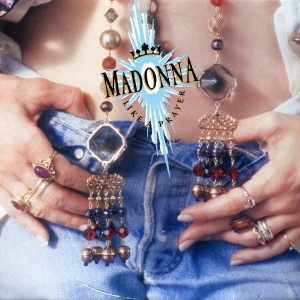